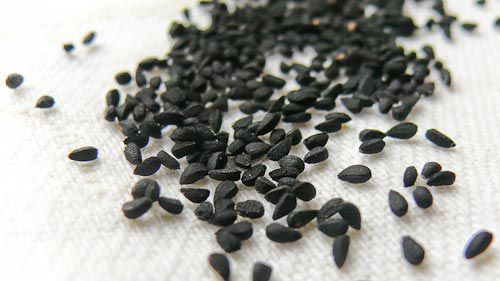 It is much talked about the benefit of black cumin – nigella, I read a lot of things on the internet but is it really as good for the health as they describe it?

Does it make sense to include the seeds in the daily diet and in what form?

Thanks for the interesting question of the reader.

The black cumin, known also by its botanical name Nigella Sativa, is widely used in folk medicine. Black cumin has nothing in common with cumin in general and is one peculiar magical plant, coming from Asia.

The extract from it cures both colds and inflammations. It has antibacterial, antiviral, anti-allergic and diuretic effect, it acts refreshing and stimulating. The plant is known and used by the people still before 8000 years. It is quite often mistaken with black sesame, as the seeds look strikingly similar, but the black cumin, known also as “black seeds”, has a historical reputation as “a cure for all diseases except death”. 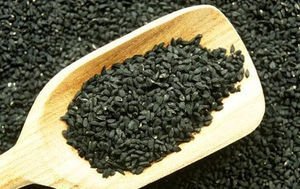 Mysterious black oil was found among the possessions of the pharaoh in the tomb of Tutankhamun in Luxor and later it was found it is oil from black cumin. The fact that black cumin oil was one of the things with which the pharaoh was buried speaks about its extraordinary value in the life of the Egyptians of that time. It is especially curious that black cumin is given important place in the Old Testament, as even the way to extract oil from it is described. In the book of the great Muslim scientist Ibn-Sina (Avicenna) – “Canon of Medicine” it is said that black cumin activates the energy and helps in overcoming fatigue and tiredness. 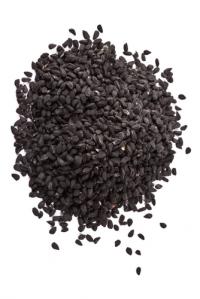 In conventional medicine the drugs that contain cumin are used for the treatment of the gastrointestinal tract. In cosmetics the oil from black cumin is used because of soothing, restoring the vitality and anti-inflammatory properties. It is suitable for dry, sensitive or irritated skin and is an excellent therapeutic agent in cases of skin infections such as acne, dermatitis, eczema, psoriasis, burns, skin fungi, sunburns.

Many studies, which I came to, show that the black seed probably is a powerful natural weapon against cancer and its preventive intake in the everyday life has great meaning in the prevention of malignancies.

You can find black cumin in several forms. You can buy seeds, which to grind and to use the powder. Or to use it raw for tea preparation. The oil is another alternative.

You can also prepare homemade remedies from the liquid variant. You will also find massage oil as well as such, suitable for culinary use. For those, who prefer the supplements, the diversity is not at all small as well.

Black cumin can be sprinkled on various foods as it has pleasant spicy flavor. It is combined with rice, vegetable dishes, beans, squash, carrots, pasta (especially from rye), fenugreek, celery, ginger, cardamom. The Asian chefs use the seeds even in the preparation of desserts – mousse, pudding, pies, desserts with strawberries and currants.

Should we peel the yellowish skin of the fresh walnuts?

Does turnip salad speed up metabolism?