The link between libido and food is almost as old as the world. History knows a lot of evidence about that – Marc Antony fed Cleopatra with grapes, Giacomo Casanova ate shrimps for sexual potency (and even managed to seduce a nun), and even Shakespeare has experience with the love foods. He claims that potatoes act as an aphrodisiac in “The Merry Wives of Windsor”.

The term “aphrodisiac” comes from the name of the Greek goddess of beauty, love and sexual attraction – Aphrodite. It is an interesting fact that the polytheistic religions worshiped Love and made a cult of all its forms and manifestations. Unfortunately, people stopped performing the different pagan rituals with the adoption of monotheistic religions. Still, love remain the most significant and strong feeling in life, for which it is worth doing our best and giving everything from ourselves to find, experience and keep it.

I offer you a walk through the gardens of Aphrodite – choose from her aphrodisiacs and enjoy, discovering how food affects love with its magical power. From a purely pragmatic point of view some food bring the glory of aphrodisiacs only because of their form or flavor, while others pretend for a chemical basis of their “love” potentialities.

The records, documenting the aphrodisiac properties of shrimps, date back to ancient Rome from the second millennium A.D. This seafood is rich in zinc, an essential element in improving the sexual potency in men (additional hypothesis is that the shape of shrimps resembles the female sex organ). Studies prove that shrimps and scallops contain D-aspartic acid and NMDA (N-methyl- D-aspartate) compounds which have a positive effect on testosterone and estrogen.

Champagne is a real aphrodisiac drink. Its chemical action is explained in this way: this nectar of love is a mixture of carbon dioxide and grape sugar (fructose). Entering the organism, it is rapidly absorbed by blood and saturates the brain cells with carbohydrates and alcohol. This affects the brain centers which are responsible for sexual arousal. The drink has a relieving action and increases the sexual fantasies. Moreover, fruit acid stimulates the production of androgens from the adrenals – these are the sex hormones which are responsible for sexual arousal both in men and women. As androgens in the female organism are in principle less, even their insignificant increase causes a rush of sexual desire. That’s why champagne acts predominantly on the female half.

A glass of wine may seriously help the love prelude and bring strong emotions in it. Wine will make us relax and will stimulate our senses.

Strawberries were cultivated by the Romans in 200 BC and were used as an aphrodisiac up to the XIII century. Strawberry soup was traditionally served to the young couple in the Middle Ages. Strawberries, according to the reports, were a symbol of Venus, the goddess of love, probably because of the heart shape they have and the red color. Today – strawberries, poured with chocolate or consumed with a glass of champagne may be a good amusement for the couples, not only because they are perfect in size for feeding the beloved one in the mouth.

The Aztecs called the avocado tree “tree of testicles” as its fruits grew in pairs and resembled testicles. The aphrodisiac glory of avocado is due exactly to the mentioned similarity. 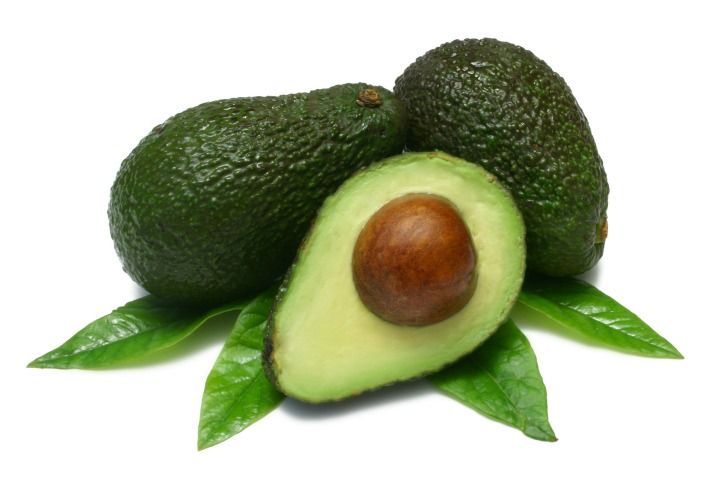 Except the phallic shape of the banana fruit, the flowers of the banana tree also have the shape of a phallus. An ancient Islamic tradition says that after Adam and Eve were defeated by the “Apple”, they tried to hide their nakedness, but not with a fig leaf, but with a leaf from banana palm tree. Besides being delicious, bananas are rich in sodium and vitamins from the B group, which are believed to be extremely important for the production of sex hormones. 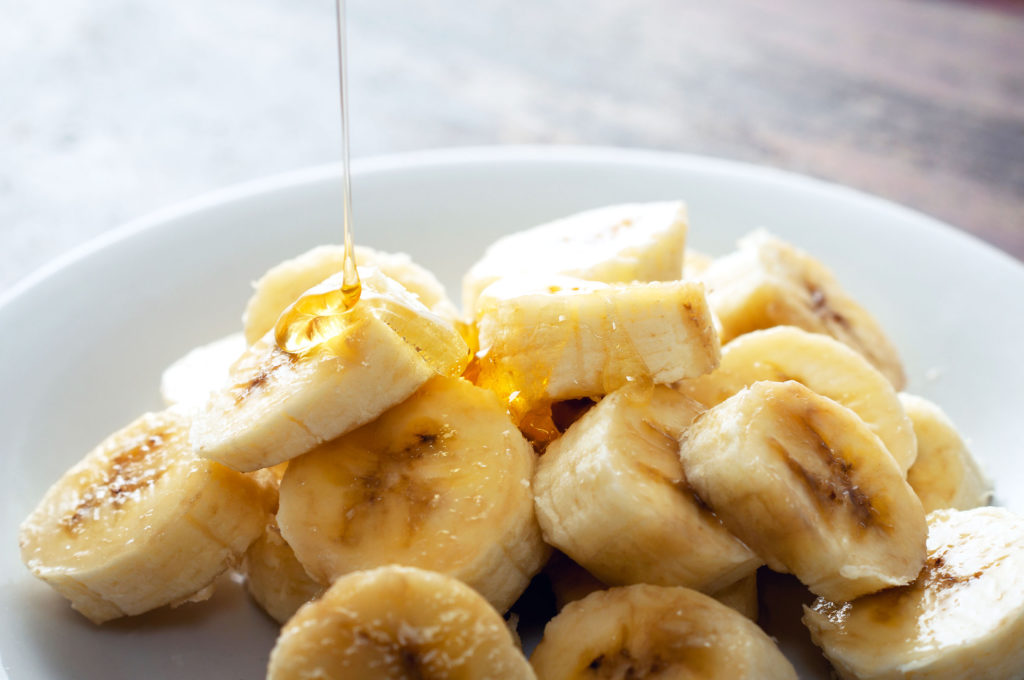 The pomegranate peel is used for increase of the arousal in Morocco. The magical substance is consumed finely grated and mixed with crushed mulberry fruits. 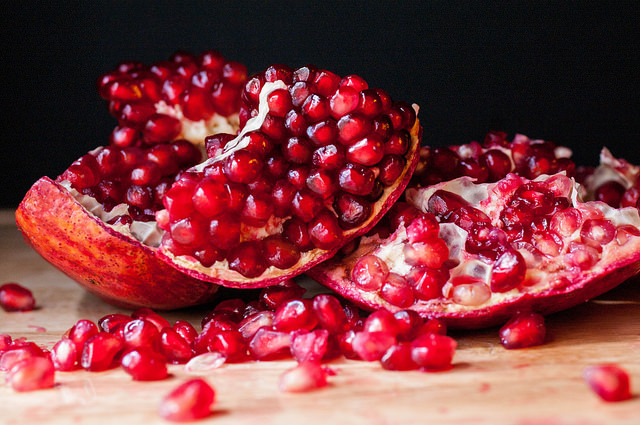 Besides a wonderful taste, papaya has also estrogenic properties – it contains chemical substances which act like the female hormone estrogen. In the past the delicious fruit was used as a mean for induction of menstruation and production of mother’s milk, facilitating of childbirth and increase of the sexual desire in women. 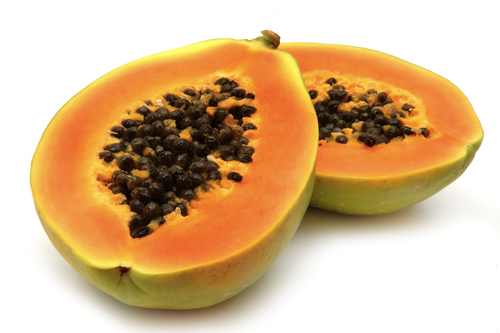 When you divide a fig in two halves, it accidentally resembles the female sexual organ and that’s why some people find it very erotic if a man split a fig and eat it in front of his partner. Coming from Syria, figs are “nominated” by the ancient Greeks for sacred fruit, associated with fertility, and every new fig crop was accompanied by a ritual lovemaking. For that whore of the ancient world – Cleopatra (well, there was no Christian morality at that time after all), it is believed that she was a fig fanatic, which is not a bad recommendation about the aphrodisiac properties of this fruit. 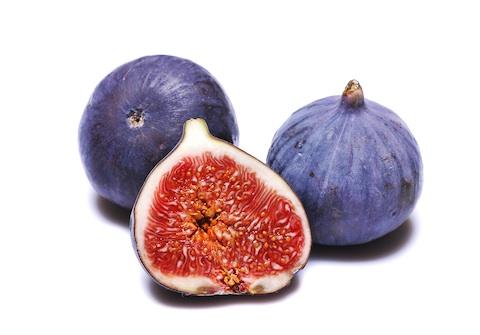 Asparagus is considered a powerful aphrodisiac from XVII century when the popular healer-herbalist Nicholas Culpeper began to prescribe them for excitement of sexual desire. There is evidence that in the XIX century the newlyweds were “forced” to eat asparagus in order to be sure that they will be able to cope in the first wedding night. As in many other aphrodisiacs, the phallic shape of this vegetable is probably “responsible” for its reputation.

You may think it is a big luxury, but black caviar has a very high content of zinc and phosphorus, the latter stimulates testosterone production and promote the activity of the nerve cells, which can make a person more sensual. The effect, as it seems, is increased when combined with vodka. 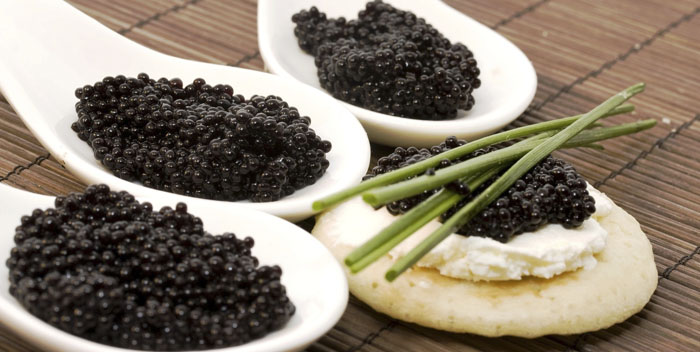 The consumption of hot peppers causes a series of physiological reactions in our organism (sweating, increase in the heart rate and blood circulation), which resemble the symptoms that occur during sex. “Culprit” for those ”extras” is the substance capsaicin which also has painkilling properties. The consumption of chili peppers may also cause irritation of the genitals and urinary tract, similar to the sensations in sexual arousal.

Known as “pommes d’amour” or “love apples” among the French during the Renaissance because of their thick and juicy inside, tomatoes are also considered as aphrodisiacs for long and –by the way – were avoided by Puritan. They were also considered poisonous some time ago, but actually – their juicy appearance comes down to the content of the antioxidant lycopene. 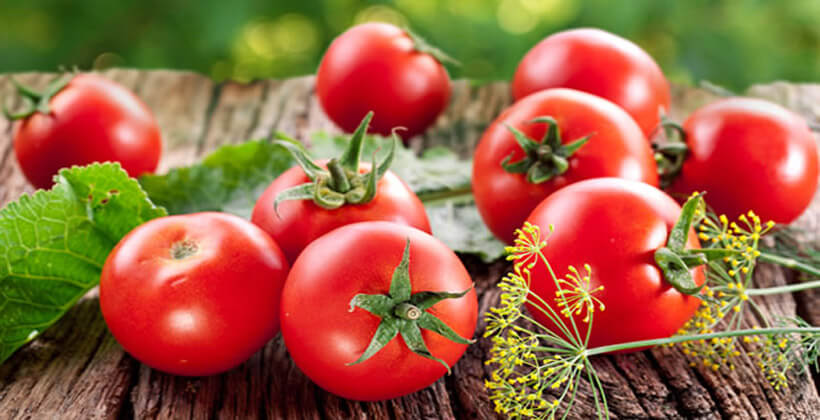 Except for its shape, resembling that of a male sex organ, the cucumber aroma acts stimulating for women by increasing the blood flow to the vagina.

Long ago the Tibetan monks were forbidden to enter the monastery if they had eaten garlic before, because it was believed that garlic “wakes up” the feelings. Garlic also has an accelerating the circulation action.

People believe for centuries that basil stimulates the desire for sex and increases fertility by creating a general feeling of comfort and good mood. In the past women sprinkle dried and crushed basil on their breast as they believed that its aroma makes the men go crazy. 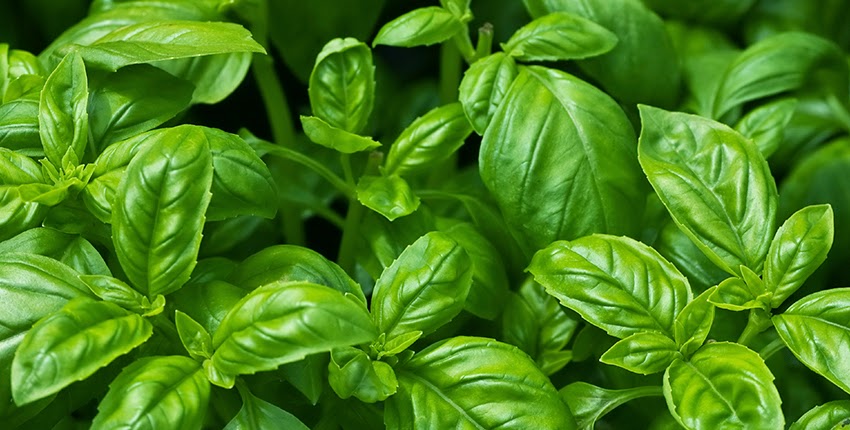 Cardamom is an aromatic spice that cures impotence according to some cultures. It contains an ingredient having the ability to increase the blood flow in the areas of application.

The flowers of saffron are highly sought not only because of their healing properties, but also because of the incredibly fast impact on men, resulting in exacerbation of the sexual appetite.

It is believed that the flavor and taste of vanilla increases the desire. The legend says that Xanat, the young daughter of the Mexican goddess of fertility, fell in love with Teutonic youth. Due to her divine origin she could not marry him and turned into a plant bearing pleasure and happiness.

People believed ginger as an aphrodisiac for centuries because of its exotic aroma and its ability to stimulate circulation.

Women praised the magical power of nutmeg in ancient China. Studies have found that this spice increases the tendency to find a partner in experiments conducted with rats, but there is no evidence about the same effect on the people. The nutmeg can have hallucinogenic effect in large amounts.

Besides its ability to make people agree, its properties to increase the energy, because of the high levels of caffeine and other alkaloids, give coffee the reputation that it helps in prolonging the sexual “sessions”. It will keep you awake for sure, but be careful because too much caffeine will make you nervous, which will ruin your mood.

Chocolate is associated with love and romance since time immemorial. The Mayans worshiped the cocoa tree and called it “food of gods”. Historic data indicate that the leader of the Aztecs Montezuma drank 50 cups of chocolate daily to improve the sexual abilities. Studies show that chocolate contains phenylethylamine and serotonin, which are substances for “good mood”. They are natural ingredients and are released from the brain when we feel happy, we love, experience a moment of passion, etc. Black chocolate is notorious with its exciting action. Its flavor and bitter taste send signals directly to the brain and thus the hormone release is speeded up. It doesn’t contain cholesterol because the cocoa butter is of vegetable origin.

Chocolate create a sense of euphoria, as when we are in love. Besides these two ingredients, scientists have found that chocolate contains a substance which has the effect of marijuana as well. This substance is a neurotransmitter, called anandamide. Its concentration in chocolate is too low to make a person “get high”, but is enough to increase the effect of phenylethylamine and serotonin. Does this mean, however, that chocolate creates sexual desire? Probably not – but if it makes us feel good, remove our inhibitions and makes us more natural, why not eating it (reasonably and with measure – in the spirit of the healthy lifestyle). Moreover, chocolate contains more antioxidants than red wine. Therefore the secret of passion probably lies in combining both in the appropriate doses.

“The king substance” is released from the queen bee as food for the larvae. It is known since ancient times and today doctors prescribe it to people who have crossed the middle age and who want to return to youth. In the Middle Ages people drank mead – a fermented beverage, prepared from honey, in order to increase their sexual desire. Hippocrates often prescribed honey for stimulation of the sexual activity. In ancient times the newlyweds ate one teaspoon of honey every day at least one week before they get married, in order to secure filled with passion first days of family life. That is why the trip after the wedding is called “honeymoon”. 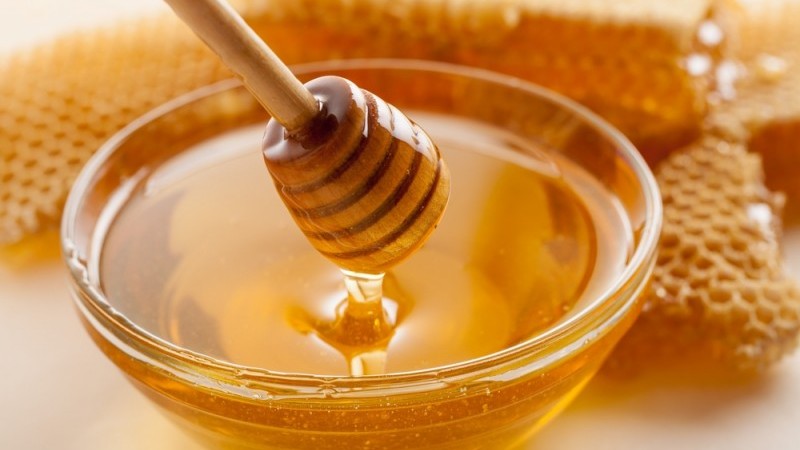 Honey is rich in vitamins from the B group (necessary for testosterone production), as well as the chemical element boron (helps metabolism and estrogen production). According to some studies, honey even may increase testosterone levels in the blood.

These and many other examples talk about the fact that Mother Nature has given us a number of natural remedies for improvement of the sex life. Therefore, before turning to chemical substances, it is good first to think about our diet and improve it with the intake of natural and proven over the centuries products.

Dr. Rayna Stoyanova - how to prepare for September

Boiled egg - a healthy breakfast for everybody

Beer – the most suitable alcoholic drink in the summer heat