Green tomatoes – healthy or not so?

We all love green tomatoes at home – fried with peppers and leeks, in soup, as pickled vegetables or in jam. They are not harmful, as they’ve passed through heat treatment or fermentation, are they?  Mariana

Congratulations for the reader’s question!

Hardly there are other vegetables that are so widely used in the cuisine of all nations, as tomatoes are.

We consume them throughout the whole year, but the fresh tomatoes are the most accessible and with divine taste in summer and autumn. In the beginning, when they were brought from South America in the 16th century, the European nations grew them as ornamental plant for decoration and believed they were quite poisonous when becoming red. When the early frost forces the farmers to harvest the tomato crop, they collect and obtain plenty of green tomatoes. Although the latter are very criticized, today we know that they may have numerous benefits. People eat them fried, as pickled vegetables, baked, with different sauces, jams, etc. 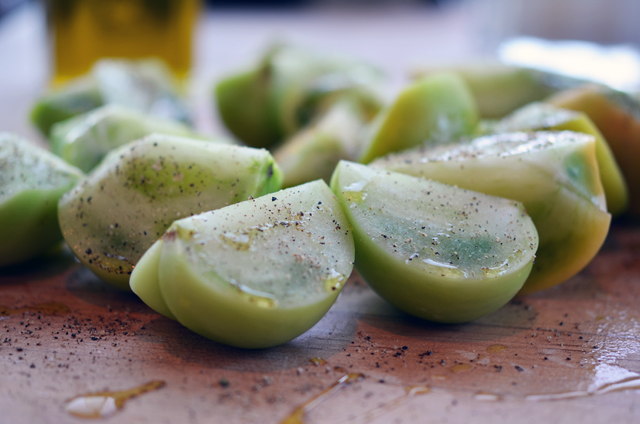 A large glass of green tomatoes gives us:

The alkaloid solanine, called also tomatidine, is found in very large amounts in green tomatoes – up to 500mg per 1kg fruits may be present in the immature green tomatoes. Solanine, as a rule, is toxic and its aim is to protect the plants from pests such as insects, birds and herbivorous.

In solanine poisoning increased thirst feeling, dry mouth, diarrhea, vomiting, headache and high temperature occur, and in severe cases even hallucinations, dilation of the pupils and hypothermia are observed.

Solanine in small doses is known for its anti-carcinogenic effect. According to studies published in 2009, tomatidine has anti-cancer properties. When comparing the different extracts, the researchers found that these from green tomatoes (containing high amounts of tomatidine) strongly suppress the growth of the cell lines of human breast, colon, stomach and liver cancer.

No matter how incredibly it sounds, green tomatoes may help us in building a healthy and strong musculature.

The muscle atrophy, invariably linked with aging and various diseases, makes people weak and tired, decreases the physical activity and lowers the quality of life. A new study, published in the American journal Biological Chemistry (see: “Natural compound from green tomatoes increases muscle, protects against muscle wasting”), shows surprising results about the changes in the gene expression, which in essence are contrary to the changes that occur in the muscle cells of people affected by muscle atrophy. It turns out that tomato’s solanine stimulates the growth of cultivated human’s muscle cells. Adding tomatidine to the diet of mice shows that in healthy rodents whose nutrition is supplemented with the substance, bigger muscles grow. It is interesting that although the growth of musculature is seen, their total weight hasn’t changed as a result of the corresponding loss of fat, which suggests that the compound may possess potential for the treatment of obesity. 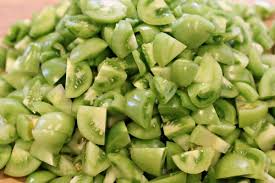 So, next time, when you are in the grocery store, look for green tomatoes.

Yes, they are edible, even if they are not mature to red color. Green tomatoes are safe to eat in moderate amounts. It is still not known what is the exact safe amount a person can eat in order to obtain the same effects as mice, but studies in this direction are underway. Preparing the vegetables by steaming or boiling them lowers solanine level with up to 40%, so this is a way to let you eat larger amounts of the dishes with green tomatoes.

If the answer is “chocolate” the question does not matter!

Nutrtion for lymph purification and treatment