The obesity outbreak which started in the US in the end of the 70’s, currently is with worldwide distribution, as fast food is one of its vectors.

Between 1984 and 1993 the number of fast food restaurants in Great Britain has doubled, as well as the percent of obesity among kids. Childhood obesity is a much smaller problem in Italy and Spain where people spend relatively less for fast food. The increasing popularity of this type of eating is only one of the numerous cultural changes brought by globalization. Nonetheless, it looks like wherever the fast food chains go, the waists of their consumers start to increase. In China the number of teens who are overweight has increased almost three times in the last ten years. In Japan eating hamburgers and French fries hasn’t made the people blonder but has made them fatter. In the past, people with extra weight were rare there. The national diet of rice, fish, vegetables and soya products is believed one of the healthiest in the World. Together with the global tendency to obesity, Bulgarian kids take their place among the Western and American children. Every fifth pupil here is with extra weight and Bulgaria is on second place in the World for obesity and overweight in this age group after the US. 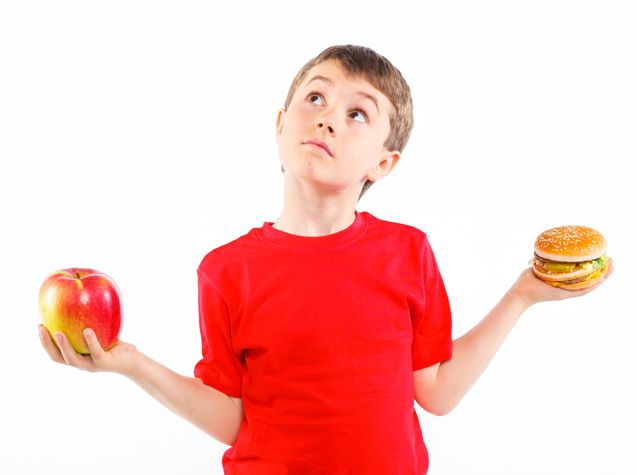 During thousands of years of civilization, marked with periods of lack of food, human beings have developed effective mechanisms for energy storage in the form of fat. Until recently, societies rarely enjoyed the superabundance of cheap food. As a result our bodies are much better in gaining kilograms than in losing them. The health authorities have concluded long time ago that prevention rather than treatment offers the best hopes for stopping world’s obesity outbreak. Nowadays, American kids receive ? of all consumed vegetables in the form of French fries and potato chips. A research of the advertisings in EU finds that 95% of food ads encourage the consumption of foods rich in sugar, salt and fat.

Bulgaria hasn’t stayed aside from the thought how to eat healthier, but here initiatives are mainly at the level of ideas and there are no serious restrictions about marketing of junk food yet. There are regulations about foods for small children and they determine what jars and boxes can contain. Yet, there is no legal definition of harmful food in Bulgaria but there is increased thinking that advertising food products aimed at children should be restricted. Children should not be the people who decide what to eat because they are highly susceptible to suggestions and possess no knowledge and experience in proper nutrition.

I’ll try to explain in a synthesized way what are the basics of nutrition and what cost us to eat healthy at the upcoming training.

The classic excuse for our poor nutrition is the active life we lead, with its stress and requirements. How long can we use this as an excuse for our bad eating habits? But if we think for it from time to time, this is already a positive sign.

If we have put some good aims at the beginning of the new year concerning healthy nutrition (which we have abandoned afterwards), it is a sign this problem really worries us. So, why to put it off for later?

Foods useful for the liver

Strawberries – how do we get the most out of them? What form is best used?