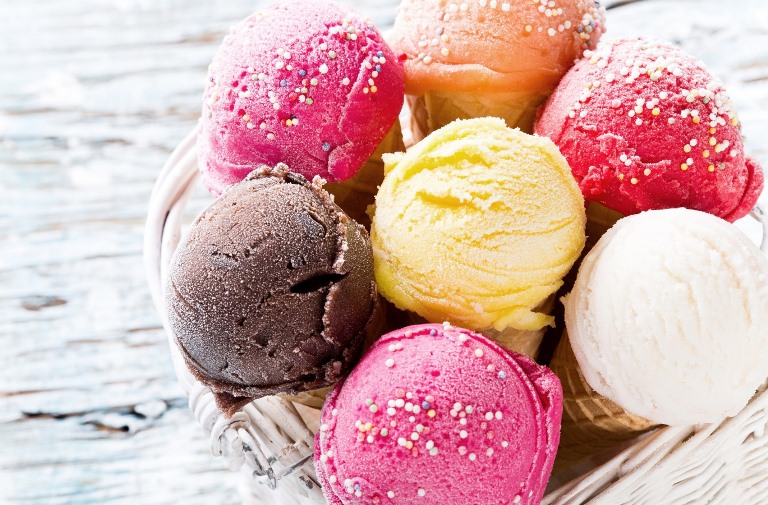 Ice cream is one of the most tempting delicacies in the heat and I honestly admit that it is also a great challenge for me to refrain from the wide variety on the market.

The history of this icy temptation dates back more than three thousand years ago, when it had been served only in the homes of the rich Chinese families. It had been a juice of fresh fruits in combination with snow or ice.

Marco Polo brings to Europe the recipe for chilled sherbet from China, which quickly becomes popular in the notorious Italian homes. The Italians develop the recipe as they add fruits, nuts, biscuits and liqueur to the ice cream. We owe the French the recipe of ice cream. The American Jacob Fusel puts the beginning of the modern industrial ice cream production as he opened the first ice cream factory in Baltimore in 1851.

In the classical ice cream there are ingredients such as whole milk, sweeteners, such as fructose and glucose, usually in the form of corn syrup, as well as flavors such as vanilla and chocolate. When this mixture freezes, a creamy consistency is obtained. Although the content of nutrients in the ice cream varies according to the brand and its type, the icy temptation is a great source of energy. It is rich in carbohydrates – there are around 15 g in half a cup of ice cream. There is also 7 g fat and 2 g protein in the same amount.

Half a cup vanilla ice cream provides about 137 calories which is nearly twice more than the whole-fat milk. The ice cream is a great choice in the cases when we need energy. There can be found about 10% of the daily dose of phosphorus and calcium in the amount of half a cup.

Vitamins A, C, D and E, together with thiamine, riboflavin, niacin, folic acid and vitamins B6 and B12 can also be found in the refreshing delicacy.

Ice cream is a food, rich in fat, as whole milk enters its content. This makes it unsuitable for people with high blood cholesterol levels. The large amounts of sugar also possess risk of excessive weight gain, development of caries and increased triglycerides levels in the blood. The lowest calorie version of the icy delicacy is sorbet.

In the classic recipes sorbet is made of pressed fruits (peaches, strawberries or melon), but unfortunately what we can buy from the market is flavored and colored water, which contains about 10% fruit puree with large amount of sugar or sweeteners. But even in this form the sorbet has some undisputed benefits – it consists mainly of water, which partly quenches the thirst in the summer heat. To the reader, and to all who want to eat ice cream more often, I recommend finding or creating a recipe for homemade variant of the ice cream. The recipe can contain only fruits thus making it extremely light and suitable for people who care for their figure. The first step is the choice and the preparation of the products. You can use frozen fruits directly from the store. 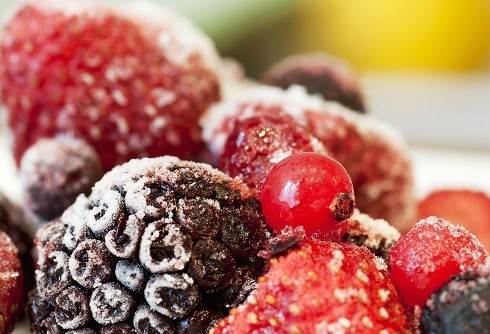 It is much better, however, if you choose and freeze the fruits by yourselves, because thus you will be able to choose the best fruits. Peel off the bananas for example, cut into rolls, put in a box or pouch and refrigerate in the freezer. Take out the fruits from the freezer before preparing the ice cream and leave them to relax for 5-10 minutes, then use a kitchen robot or powerful blender to strain them into a homogeneous mixture. 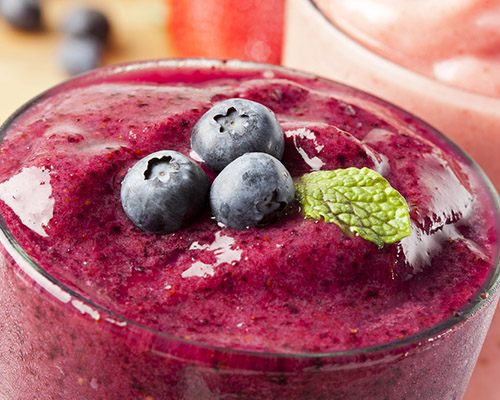 Your healthy homemade ice cream can be served. If you prepare a larger quantity, you can safely store it in the freezer. You don’t need sweeteners or extra sugar because the fruits, especially the seasonal ones, are sweet enough, and the addition of a few seeds of the super-food chia will enrich it with fibers and will jelly the resulting mixture.

Healthy french fries - is it possible?

Essential diet – The Spanish diet – already in our country!

What nutrition contributes to whole blood?