If the answer is “chocolate” the question does not matter!

The European Chocolate Day is celebrated on the 7th of July.

The date was chosen because the first batch of chocolate was delivered from America to Spain on that day in 1550. It is celebrated in all countries from the European Union.

Chocolate is one of the most popular food and there’s no way it ever goes out of fashion. A study published in Daily Express even shows that women prefer chocolate to sex, wine and branded cosmetics… 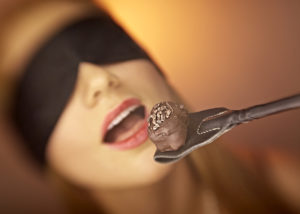 The latest researches constantly confirm the health benefits of the sweet temptation. The popular saying “One apple a day keeps the doctor away” may sound in the following manner: “A little chocolate every day keeps the cardiologist away”.

Analyzing data from 8-year study that involved more than 19 000 people, specialists from Germany recently found that everyday consumption of small amounts of chocolate prevents heart attack and stroke. The most useful is the dark variety of the sweet temptation. Dark chocolate with high percent cocoa butter, which is the healthy raw material in it, contains a lot of magnesium that is good for the brain activity. Therefore, a piece of dark chocolate in the afternoon may be a perfect mean against mental and physical fatigue which normally attacks us at that time of the day. 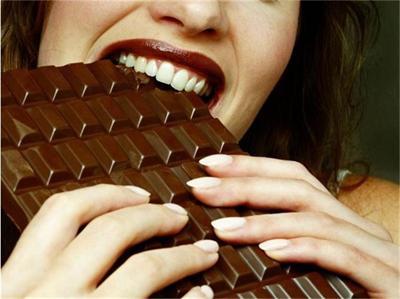 What we may not know about chocolate:

Switzerland produces the widest variety of milk chocolate. The biggest sweet shop is located in Zurich.

Cosmetics with chocolate flavor act as an anti-depressant and anti-stress mean.

There’s a monument of chocolate in the city of Pokrov, Vladimir region, Russia.

There are museums of chocolate in many countries:

– In Czech Republic it resembles an art gallery. The works of Vladimir Cech which he painted with chocolate can be seen there: rural landscapes, urban stories, portraits of important figures from history and art. The series of copies of Leonardo Da Vinci’s paintings – again drawn with chocolate occupy a special place.

– In K?ln, Germany there is a chocolate museum occupying 2000m2

A real cocoa tree grows in a hall turned into hothouse, the complete story of the most famous dessert in the world is presented in another room showing a “chocolate movie”, a chocolate fountain is situated in third one – so you can dip your wafer and eat it.

It is calculated that man eats around 10 000 chocolate blocks in his entire life.

Most people don’t realize that the pleasant taste of chocolate is due only to its chemical reactions, because the melting point of cocoa butter is slightly below body temperature. Thus, chocolate literally melts in the mouth. Although cocoa ingredients are useful for people as a whole, a bar of chocolate is harmful for dogs and it can be even deadly for small ones. Chocolate is quite toxic for parrots as well!

A bar of chocolate tells you: “Don’t worry”

The other one – “Make a pause”

The conclusion: “Don’t talk to chocolate!”

Which type of meat in the market is most useful?

Beer – the most suitable alcoholic drink in the summer heat