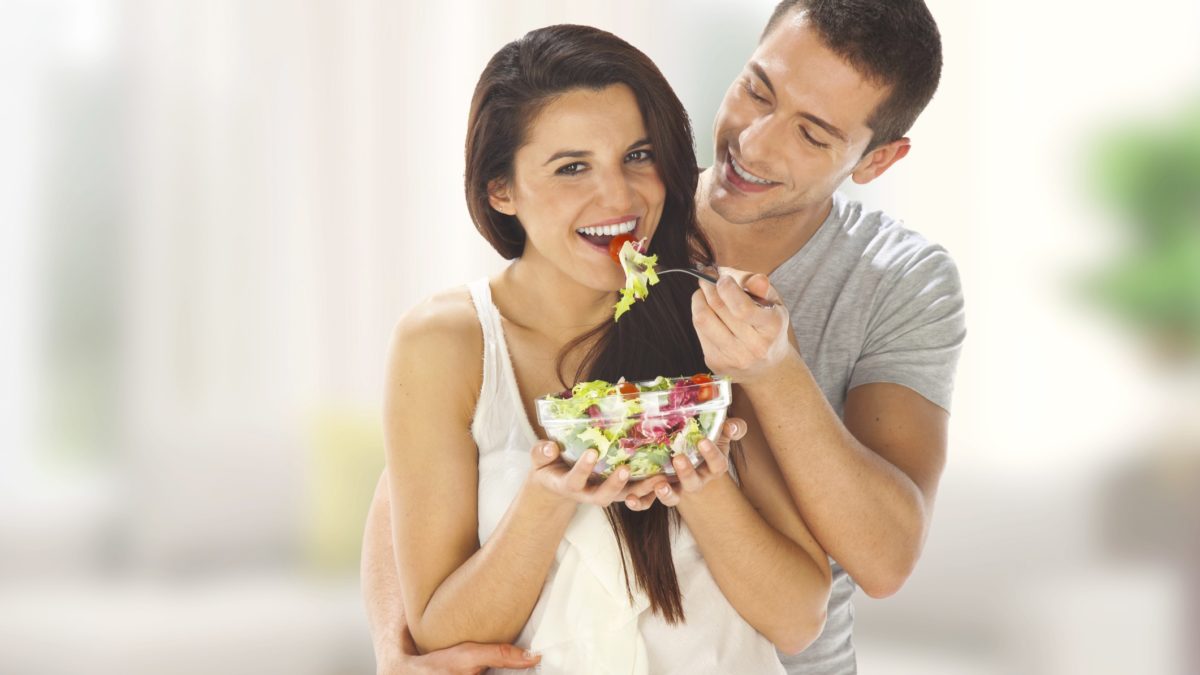 They often say that men are from Mars and women are from Venus… well this also applies largely both for nutrition and keeping dietary regimens. However, there is one unique similarity – men and women possess the same amount of fat cells in their bodies and yet if both sexes follow simultaneously the same diet and exercise, after a month the man will have lost more than 3kg and the women – only about 0.45kg. This result is published in the American magazine Prevention as a result of long standing organized observational study. This difference exists even when their lifestyle and character of nutrition are completely identical. If the regimen continues, after one more month the man will have lost another 2 to 7kg, and the woman – again only 0.5kg.

There is a number of data from observations that confirm the differences in the metabolic processes in men and women, in the structure and functioning of male and female fat cells. Exactly this is the reason different weight loss regimens to be made for both sexes. 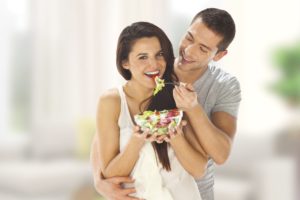 Moreover, men and women, not by chance, possess different tastes. The results of a survey conducted in 23 countries in Europe, Asia and North America, which involved more than 14,000 people, confirm that. The strong sex prefers meat, shrimps and oysters, while women – fruits and vegetables, nuts, eggs and milk. In men’s menu most often turkey, veal and ham are compulsory present, while women eat carrots and tomatoes with pleasure.

The differences in taste preferences between the two sexes appear as early as the age of 5. The survey also shows that women always prefer food which they consider healthier, but speaking generally, it cannot be said they lead healthier lifestyle in comparison to men, because they exercise less. Although it is more and more widely popular that one should eat 5 portions of fruits per day, the English statistics of the Food Standards Agency shows that, in fact, this idea is more actively applied only by women.

Male’s organism burns fat faster than the female body. The female fat cell is larger and more active than the male’s and that is why women lose their weight much more slowly in comparison to men, and gain it much faster. There are about 30 billion fat cells in human body which are capable of ensuring more than 60kg of fat as a store in certain conditions. The only task of fat cells is to store calories when the organism doesn’t need them and to burn them when it is needed. This happens with the help of enzymes – fat-forming and fat-degrading, which transport the fats inside it or bring them outside.

And here comes a big gender difference at enzymatic level, namely – the functioning of enzymes and the size of fat cells. In the female body there are more fat-forming enzymes, contributing to fat accumulation as well as larger fat cells. The female organism functions so as to store fats faster and more effectively, while the male’s provides their faster and effective burning. As a result – women release fat quite slowly, and men – accumulate them very slowly. 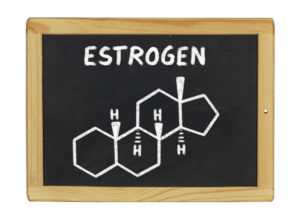 The female sex hormone – estrogen – acts as highly activating the fat-forming enzymes which is a cause of fat accumulation during the sexual maturation in puberty, in pregnancy, in hormonal therapy and oral contraception. Estrogen stimulates the fat-forming enzymes but act in certain regions – the thighs and buttocks. The female hormone is produced not only by the ovaries but also from the adipose tissue. This is the reason, when the ovarian function fades with age, the female body to begin to accumulate fat intensely in order to preserve the estrogen source. That is why many women gain kilograms after menopause.

Testosterone or the main male sex hormone is one of the most important hormones in human body. Without its participation the muscle construction, fat clearing and even sexual life cannot happen. In the last decade scientists have found more evidence that testosterone is crucial to women’s health and beauty. It allows the elderly women to maintain a good figure and to be sexually active.

After the age of 30 its level begin to decline significantly and this is due to external factors such as stress, lack of physical activity, poor nutrition and the toxins in the environment. A few small changes in the diet may lead to higher concentration of testosterone which in turn will significantly increase the energy levels, the capability to build muscle mass and destroy fats. 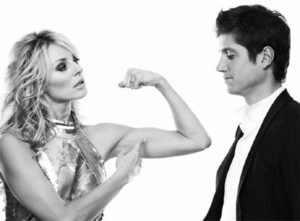 It is no secret that some foods affect testosterone levels by different mechanisms. Lean red meat is the strongest natural catalyst for testosterone production. It is a source of protein, vitamins, minerals and even creatine. The opponents of flesh-feeding often question its benefits with the true statement that it is rich in saturated fats. Although they are believed to be harmful, however, they also have certain advantages as they are a source of cholesterol – the basic molecule for testosterone production. In order to maximize the benefit of red meat, it is best to choose one from naturally grown and grass-fed animals, free of chemicals and toxins. The supplements added in the forage often adversely affect the organism, increasing the estrogen level which slows down metabolism and fat burning. 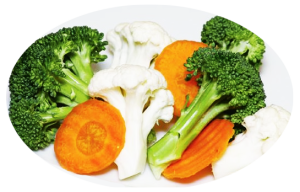 Cruciferous vegetables such as cabbage, broccoli, cauliflower, Brussels sprouts are also important for testosterone concentration in the body because they contain substances that help in discarding the excess estrogen. These substances also block the production of the enzyme aromatase, which converts the pure testosterone into its useless form dihydrotestosterone. Eat plenty of raw salad from these vegetables and add them as a garnish to dishes and sandwiches.

The whole eggs (egg whites and yolks) are source of cholesterol, which is a precursor in testosterone production. Vitamin D is also obtained from them, which also maintains the secretion of the male hormone. They are also a rich source of the supporting the recovery anti-oxidants and are believed as one of the purest sources of protein. In fact the eggs provide all essential amino acids which are necessary for muscle growth.

Fresh and canned tuna is rich in good fats and protein. One serving provides almost 30g protein and a little bit more than 3g polyunsaturated fats. The rich in healthy fats diet is proven to increase the free testosterone level and helps in eliminating fats.

The omega-3 fatty acids counteract the hormone cortisol, which has a catabolic effect and becomes the most active in low testosterone production.

What to eat during the Great fast? Healthy Alternative to Milk ...

How do we stay healthy even when we are sitting for 8 hours working day?