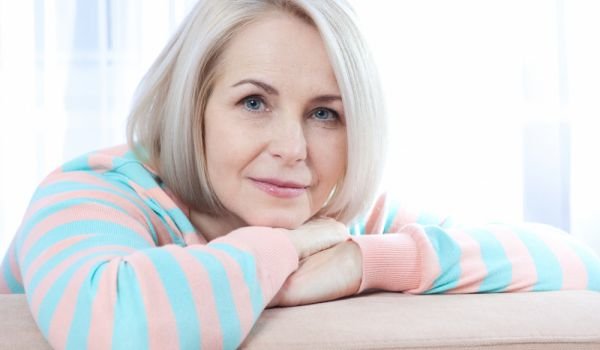 Menopause – a problem or just a change? – Part I

We don’t think at all, while we are young and enjoy the primary given health, that one day we will feel the first chill of old age. Proper nutrition and healthy lifestyle are fundamental prerequisites for health in the elderly as well.

The woman after the age of 50 is said to be blossomed, like a flower which smells with strong flavor. The bud is pleasant for the eye, the seed is a hope, but the blooming flower is something else (Daniel Kiefer).

Women enter menopause averagely at the age of 52. Some of them reach this critical phase earlier, others later. Various factors – genetics, the environment, healthy or unhealthy lifestyle may influence its earlier or later occurrence.

Climacteric is a natural process, it’s not a disease and it occurs in many women without any subjectively felt problems. After the menopause, the ovaries cease to high extend estrogen and progesterone production, which action is essential not only for the uterus, but also for other organs and systems – like the cardiovascular system, bone metabolism, autonomic nervous system etc. The insufficiency of sexual hormones in the woman has a negative impact upon the skeleton, the function of the bladder, skin and mucous membranes. The autonomic vegetative centers, for example for temperature and regulation of circulation, may go out of the normal balanced values. The “hot flashes”, night sweats and insomnia are an expression of this process. Dizziness, palpitations and headache are added to these vegetative disturbances. Some women manifest poor concentration, nervousness, irritability, mood disturbances and fears. The loss of estrogen leads to loss of elasticity and drying of skin and mucous membranes. The increased bone matter degradation as a result of the estrogen deficit reflects later in bone and joint pains and higher bone fracture rate with age.

The harmful weight gain in some women with age is explained not with the hormonal deficit, but with the continuous improper nutrition and the lack of movement. The obese women have only one consoling advantage – the fatty tissues produce small amounts of estrogen which cover part of the missing to the norm.

About 30% of the women don’t feel anything at climax and receive a signal for it only with the stopping of the menstrual cycle. It is possible, in most of them for a long period of time, estrogens to be formed from androgens under the action of the aromatase enzyme, genetically with higher availability in such women. With the beginning of the estrogen drop, a compensatory formation of estrogens from the available androgens is activated. Climacteric is actually just a change and should not be a problem – a question of personal perception in every woman. Here are the changes that occur in this period of woman’s life:

1) Hair suffers from the change of the estrogen-androgen ratio in favor of the latter and gets thin, falls more and the scalp is prone to dandruff.

2) The mammary glands and ducts gradually degenerate and are replaced by connective tissue.

3) Body structure – estrogens are responsible for the typical female distribution of fats in the breast and hips, their loss is a transition to masculinization of the figure. Fat is collected not so much in the hips and above them, but in the abdomen.

4) Skin – in estrogen deficiency skin and mucous membranes are not well nourished. Metabolism slows down and the skin gets thinner.

6) Heart and circulatory system – estrogens are a natural regulator of blood pressure and cholesterol levels. They lower the “bad” LDL cholesterol and raise the “good” HDL cholesterol in blood. The age drop in estrogens, as a natural health protection, increases the risk of heart attack and stroke.

7) Skeleton – the stability of the bone system is a result of the balance between the constructive and destructive processes. Annually 1 to 10% of the bone mass is lost in the direction of osteoporosis.

The risk of heart attack in women with estrogen deficit is increased by other factors as well, like smoking, unhealthy nutrition, high blood pressure, high cholesterol and triglycerides in the blood, insufficient body movement.

Menopause - a problem or just a change? - Part II

Did you decide what to do this weekend?

Life rarely flows like our fantasies. That’s exactly why we need real friends to get through it – Carrie, Sex and the City