Edible mushrooms have served as food for humans since ancient times. The ancient Greek scientist Theophrastus, who lived in 370 – 285 BC, describes in his works agarics, truffles and many other mushrooms. The mushrooms were served not only on the folk table but also to khans and kings. By their chemical composition, mushrooms are very close to vegetables and meat. The protein content in them varies from 2 to 55% of the total weight of the mushroom, the larger part being in the “hat”. Fats are not so much – 0.5 – 4%, and the amount of carbohydrates is only 1.7-23%. Of course, each sort of mushrooms has its more specific content.

The average caloric value of mushrooms varies from 20 to 40 calories per 100 g of product. The truffles are the most calorific – 97 calories in 100 g. 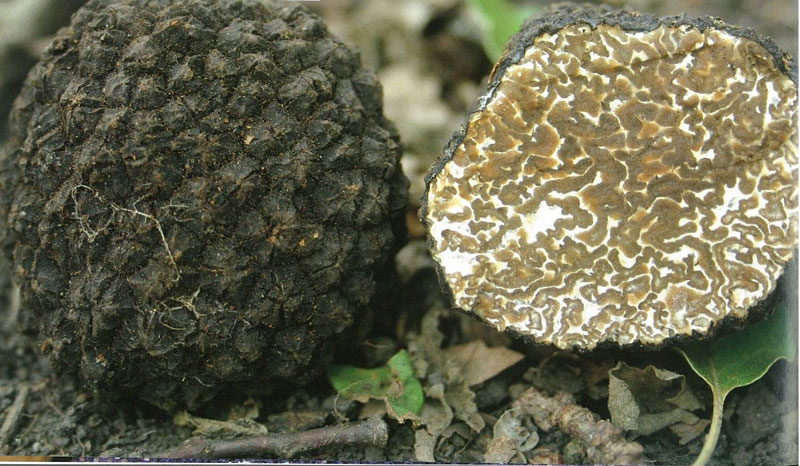 The nutritional composition of mushrooms makes them an appropriate food for a diet to lose weight and to control body fat. The Hollywood stars Katie Perry and Kelly Osborne are among the popular celebrities who have boasted of a sculpted body through observing a special mushroom-based diet.

Recent studies from British scientists showed that mushrooms can actually help in the nutritional regimens for weight reduction. In the experiment, participants of different age replaced meat dishes with similar in size mushroom dishes 4 times a week.

For 5 weeks, each of those included in the experiment lost 6 kilograms, as their results were reported strictly individually.

Mushrooms contain significant amount of fibers, especially chitin and beta-glucan. Chitin is the most difficult to solve substance in nature. It creates a feeling of satiety in the stomach and regulates the passage of food through the intestinal tract. Beta-glucan is among the few scientifically proven natural immunostimulators.

It can be said that mushrooms are a wholesome food, as they contain 17 amino acids, among which the eight main ones.

The balance of the key amino acids (grams of amino acids / grams of protein) in mushrooms is comparable to those in the eggs. Six of the key amino acids are in amounts comparable to those in the eggs, and the other two – phenylalanine and methionine are less. Almost all vitamins from the group B are found in the mushrooms’ content – thiamine (B1), riboflavin (B2), niacin (B3), choline (B4), pantothenic acid (B5) and folic acid (B9) – so important for the nervous system. Mushrooms are extremely important for vegans, not only because of the complete amino acid content, but also because they are the only natural, not artificially enriched nutritional source of vitamin D that is not of animal origin.

Regarding the question about washing the mushrooms, I have to admit that I hesitated much how to answer.

We are used to wash every vegetable we put on the table. It turns out, however, the mushrooms should not be washed under running water. There is a specific way to clean mushrooms and it is not as we wash them. Mushrooms have the property to absorb water in the same way as the dishwashing sponges. If we allow this, after heat treatment, the mushrooms will not get the appetizing brownish color. There are special brushes for cleaning mushrooms or the other option is with household paper. If you use paper, moisten it and rub the whole mushrooms with it one by one.

How to test your metabolism?

Nutrition during the winter season