Vegetable oils and fats, unrefined and non-hydrated, are of paramount importance for healthy eating.

Lipids play a crucial role in the proper functioning of the cardiovascular system and the hormones and help to control infections and allergies. If there is a shortage of essential fatty acids in the body, brain activity is disturbed.

Refined is any oil on which etiquette it is not written that it is pure and obtained from the first cold pressing. The refined types of oils which are usually sold in the supermarkets, are industrial production and almost all of their nutritional properties are destroyed in the pursuit of high profits.

Oil is produced from different types of oil crops (olives, walnuts, hazelnuts) or from seeds and nuts (sunflower, rape) by pressing or by chemical processes (use of solvents with subsequent refining).

The human organism cannot synthesize certain fatty acids, called essential, and therefore they must be supplied with nutrition. The polyunsaturated fatty acids (omega-3 and omega-6) and the monounsaturated (omega-9) are involved in many vital processes such as building and preservation of the integrity of cell membranes, optimal functioning of the cardiovascular system, the brain and the endocrine system. In addition, they have the ability to control the inflammatory processes and are a guarantee for good mood.

Olive oil is very healthy for the human organism and we should not put an equality between it and sunflower, corn, soy and rape oil, as their biological value is incomparable, and the calories are approximately equal for all vegetable fats – about 900 kcal. However, only in olive oil the valuable monounsaturated oleic acid, which is omega-9 fatty acids, is predominant.

It has the ability to clean the organism from the accumulated fats and “bad cholesterol” in the liver, arteries and other organs. That’s why olive oil is used as a prophylaxis against cardiovascular diseases, atherosclerosis and no matter how paradoxical it sounds – against obesity.

The inhabitants of the Mediterranean – the region in which the most olive oil is consumed, are known for their longevity. One of the main reasons for slower aging is the high content of polyphenols, tocopherols and vitamin A in the “golden oil”. The substances are powerful antioxidants which neutralize the free radicals. The high content of phospholipids, flavonoids and chlorophyll helps the recovery of the organism, the cleaning of the accumulated poisons and improves the mental activity. 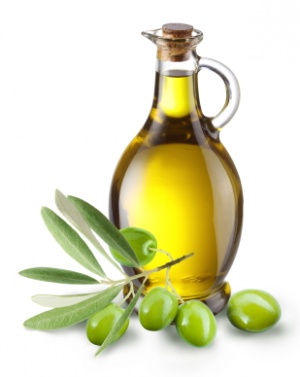 Contrary to the widely spread belief, olive oil is the best fat not only for preparing salads, but also for cooking. There are a few peculiarities when using olive oil for frying and baking. It should not be heated to its boiling point – this would change its chemical composition, and is a prerequisite for degradation, resulting in the formation of harmful for the organism substances. However, pay attention what olive oil you buy.

Not all types available on the market have the properties listed above. The most valuable for our organism is the cold-pressed olive oil or the so called Extra virgin. It has not undergone any heat or chemical treatment and the oil is extracted only by mechanical pressing of the olives.

The best among the good olive oils is additionally marked with D.O.P. – de Origen Protegida, which means that the origin is guaranteed and the olives, used in making it, are of the highest quality and are grown only in a few geographical regions of the world.

Under the label 100% pure or “pure oil” you will get a blend of refined olive oil and Extra virgin. This oil is a compromise between price and quality and is used most often for cooking. Still, if you want to be as economical as possible, you may buy olive Pomace oil. The word “pomace” means “real, crushed fruits” – it is produced from the remaining substance after the first extraction of olive oil, mixed with virgin for improving the color and taste. This type of olive oil is healthy for preparing hot food. Non-hydrogenated palm and coconut oil are also suitable for frying at high temperatures, as it is desirable to avoid fried foods as much as possible in the context of healthy nutrition.

Sunflower oil is the most consumed fat source in Bulgaria. It is extremely rich in omega-6 and omega-9 fatty acids, the percentage of which however varies dramatically. The causes are both genetic (the plant sort) and connected with the soil and the climate. In order to achieve balance in our intake of essential fatty acids, it is important to look closely what is their ratio in the current bottle. 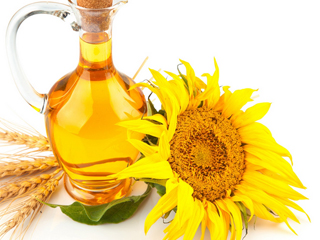 When you choose oil, again look for cold-pressed one with etiquette that guarantees the origin and shows the content of omega-3 and omega-6 fatty acids per 100 ml.

Healthy french fries - is it possible?

Which type of meat in the market is most useful?