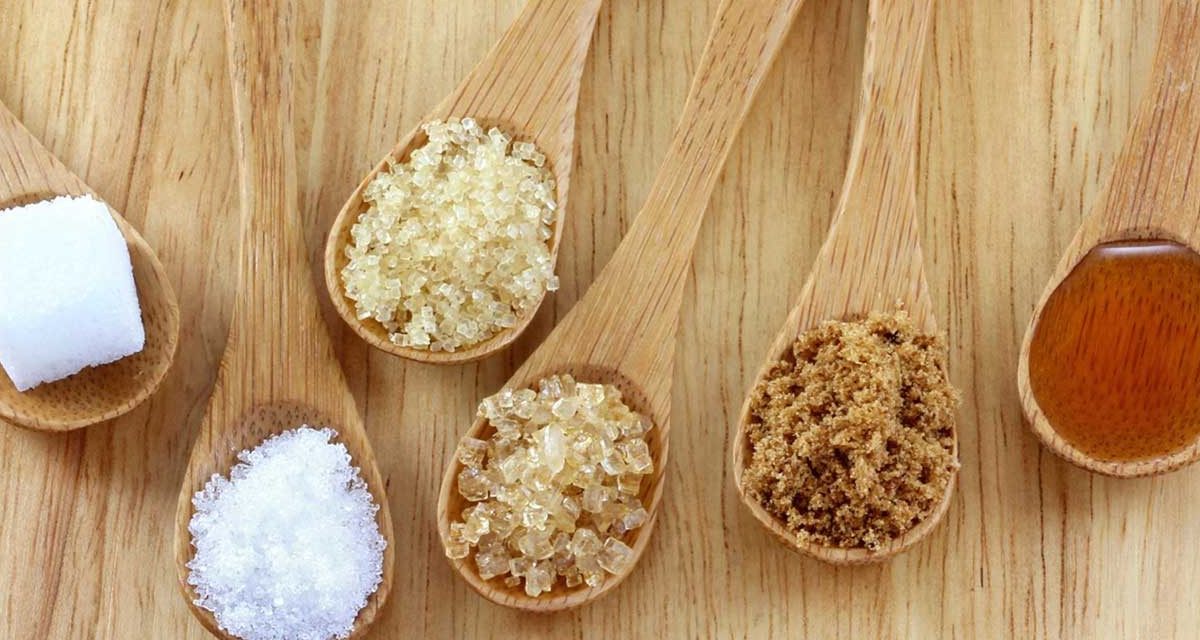 I avoid white sugar as harmful, but what are the other types on our market and what are they appropriate for? And which is the least evil – muscovado, molasses or to sweeten my coffee with something else?

White sugar is “pure” sucrose, because it consists of two monosaccharide molecules – glucose and fructose linked by the release of one water molecule. The white crystals, however, are far from clean as a natural product, as the same processes used for the production of gasoline for our cars is applied for the production of the sugar we consume.

The intake of larger amounts of the sweet additive is often unrealized – flavored foods, beverages and it causes rise of the blood glucose and enhanced secretion of the hormone insulin. This in turn, leads to increased synthesis of fats and increase in their level in the blood, resistance or reduced tolerance to sugars and an increase in the risk of development of diabetes mellitus.

It is proved that the sucklings receive up to 25% more food when sugar is added and precisely in this way addiction and lasting preference for sweet foods is established, which is a prerequisite for systematic overfeeding and obesity. Besides all this, sugar favors the growth of microorganisms in the mouth which break down the tooth enamel and cause caries.

Brown sugar is an alternative for all those who are trying to lead a healthier lifestyle, and also to avoid certain malaises to which the consumption of plain white sugar inevitably leads. Brown sugar is obtained from the production of white sugar, as its specific color and flavor are due to the presence of molasses – viscous, thick syrup which is produced in the refining of sugar cane, sugar beet and grapes and is also known as “vegetable” honey. Brown sugar could be obtained as a step in the purification of the white sugar, i.e. without molasses to be separated from it or from white sugar with adding molasses.

Brown sugar is divided into two main types – light and dark. The unrefined cane or beet sugar is considered brown, as well as the sugar obtained from refined one with additional molasses enrichment. Some types differ in color, taste, size of the crystals, humidity and other characteristics, and some popular varieties have the names that have become trademarks, as the most famous of them are: Muscado, Demerara and Turbinado.

Muscovado is the darkest brown sugar which can be found on the market, it is relatively more viscous than the others types and has specific flavor due to the cane syrup which is not separated from it during processing.

Demerara is light brown sugar with large golden crystals, slightly glued from the molasses. To obtain this sugar the cane is grinded and the juice from the first press is compressed in order thick cane syrup to form. This syrup is dehydrated, leaving large crystals of brown sugar.

Turbinado is partially processed sugar in which minimal amounts of molasses were removed. It has saturated golden brown color. It is produced from freshly cut sugar cane from which the juice is released.

There are also many other types of raw, unrefined sugar, typical for different parts of the world, but they are not so much widespread and finding them on the market is practically impossible. These are for example Panela, typical for Central and Latin America, Rapadura – Brazil, Jaggery – traditional sweetener in many parts of the African continent, the Caribbean islands and South Asia.

Compared with the refined sugar in terms of nutritional value, the raw one has a little less caloric value due to the higher water content. When obtaining brown sugar, processes like boiling, whitening and chemical treatment are avoided or at least restricted (depending on the type of the end product) which suggests preservation of a large part of the contained vitamins and minerals.

I can’t tell which the best sweetener for you is, but my personal opinion as a follower of the natural taste of the food is to try not to sweeten additionally your foods or beverages, the sense of taste is trained in the long run. Try to enjoy the real taste of food or if this is difficult, let the added sweetness be quite symbolic. I’m often asked – as molasses is “vegetable honey”, does this mean it is healthier than honey? The raw bee honey has properties, which the science still cannot decipher, but the benefits are limitless. Molasses has all valuable properties of sugar cane, which otherwise are eliminated in the production of ordinary crystal sugar. Both products in fact are predominantly liquid sugar, with microelements. So, I think it is best both honey and molasses to be included in the nutritional regimen. Don’t forget – the wider the choice of foods we eat is, the healthier our diet is.