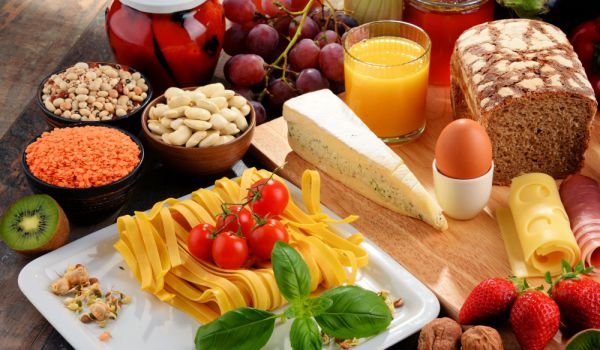 Optimal digestion depends on many factors, the most important of which are the maintenance of the acid-base balance and the proper food combining, known with the more popular name “separate nutrition”. In fact, following the principles of separate nutrition also satisfies to a large extend the requirement for maintenance of the acid-base balance in the organism.

The theoretical setting for food combining includes certain rules, which observance allows several different food products to be taken at the same meal or in one dish, without this to hamper digestion.

Distinguished specialists such as Dr Herbert Shelton, Dr. Philip Norman, and many others are among the founders of proper food combining. These physicians stand behind the idea that if certain principles are observed, this may facilitate the digestive process, during which the organism releases a lot of energy.

Hardly we are aware that the digestive process involving fragmentation and degradation of the food particles, as well as their absorption through the intestinal epithelium takes more energy than running, swimming or cycling for example.

Do you remember the days when in the morning after waking up you feel tired and don’t want to do anything, and also those in which you are full of energy and feel like you can conquer the world? This is due not only to your overall health condition, but also to your nutritional habits.

The consumption of several types of foods at the same time alters the proportions of nutrients and thus the smooth process of digestion is disrupted, which leads to disturbances in the absorption of substances.

The modern science of nutrition and dietetics pays attention precisely on the proportions in which the nutrients in one food are, not just the type of these substances. Most of the foods, to which the human digestive system has adapted in the course of evolution, contain more than one nutrient but usually the ratio of these substances is favorable.

One of the substances is almost always dominant and this determines the type of the digestive process.

For example, if a certain amount of bread is consumed (the bread consists mainly of carbohydrates – starch, less amount of protein and very little fat), the digestive process is adjusted so as to create optimum conditions for starch digestion – alkaline reaction in the mouth, weakly acidic in the stomach and again alkaline in the duodenum and intestines.

Secondly, the digestion of proteins begins, for which much more acidic environment in the stomach and other enzyme content in the pancreatic and stomach juices is required. When the ratio of the nutrients is changed – for example, if you intake some meat together with the slice of bread, the ratio between carbohydrates (starch) and proteins is changed and this leads to incomplete break-down of the food components and undesirable effects such as protein decay and fermentation.

The subjective complaints in this case may be bloating, feeling of fullness after meal, formation of bad smelling gases, followed by change in the acid-base balance and possible entry in the blood of protein degradation products with potential allergenic nature.

It is important to know that the food passes through the stomach in the order it has been consumed, in other words the stomach is filled gradually – layer by layer. When we consume different foods in one meal, for example salad, main course and dessert, these foods are placed in the stomach one after another, as depending on the type of food, the mixing of each meal with the stomach juice may take different time.

This is the reason why after a heavy meal the intake of a dessert or a fruit on a full stomach leads to fermentation. The stomach is full and the sugars from the dessert or the fruit cannot make contact with the stomach juice.

What happens in our body after pressing the “Snooze” button