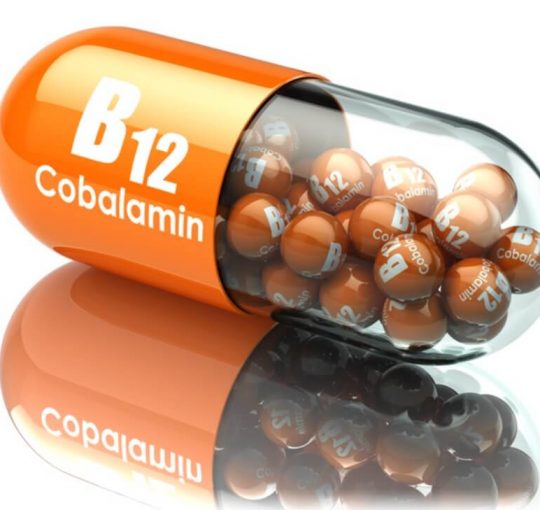 Vitamin B 12 or cobalamin is an essential biomolecule containing cobalt and actually is the most complex vitamin in biochemical structure that enters the organism with the food.

Then, through different transporters, it reaches the cells where it binds to cellular receptors in order to activate certain biochemical reactions. It is especially necessary for the normal haemopoiesis and the integrity of the nervous system.

In the recent years, other actions have also been identified as some of them are due to its direct action, and others – indirectly by other molecules which are increased or decreased depending on its concentration in the blood.

According to most of the studies, a significant part of the people over 60 have a cobalamin deficiency for various reasons. This is largely the case for patients with type 2 diabetes. The treatment with the most commonly used drug – metformin – may also lower the content of cobalamin in the organism due to its reduced absorption from the digestive tract. This increases the risk of accelerating the processes leading to some diabetic complications and mainly diabetic neuropathy.

The daily needs of vitamin B 12 are low, but even a mild deficiency can lead to anemic conditions, chronic fatigue, depression. This is due to its key role in the production of red blood cells (erythrocytes) which are responsible for the transportation of oxygen with the blood to the muscles, the other tissues and organs. Not accidentally it is also known as the “red” vitamin. 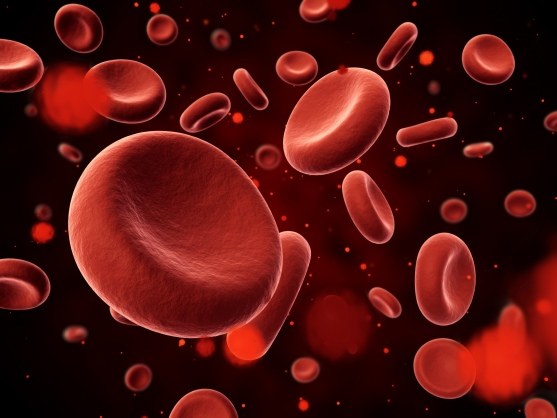 B 12, actually, has two functions and in order to explain them I’ll diverge for a moment to the vitamin’s biochemistry. In the form of methylcobalamin it is used by the enzyme methionine synthase and takes part in the conversion of homocysteine into methionine.

When the enzyme is not working well or is not enough, the amount of homocysteine in the organism is increased – a condition associated with increased risk of heart diseases. When the level of homocysteine is too high, it has toxic effect on the nervous and circulatory system. The other function of cobalamin is its participation in the synthesis of the basic building block of hemoglobin – succinyl coenzyme A, as the vitamin is a co-factor of the enzyme (methylmalonyl coenzyme A mutase), which is necessary for this process.

As vitamin B 12 is produced only by bacteria and fungi, it is naturally found primarily in animal products and the plants cannot store it. However, it may be found also in some vegan foods subjected to fermentation such as tempeh, miso, extract of brewer’s yeast (marmite, vegemite), as well as in products fortified with it as tofu and cereals (muesli). 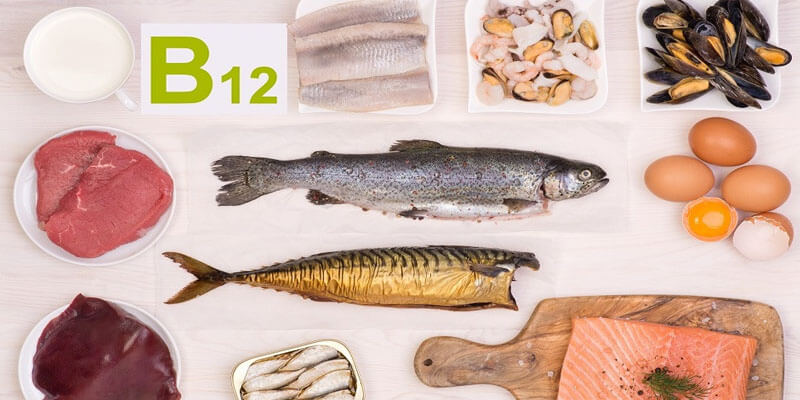 The minimal daily intake of vitamin B 12 is as follows:

The excess vitamin is excreted with urine or is stored in the liver for up to 1 year.

The risk of vitamin B 12 deficiency is greatest in the following groups of people and conditions:

Elderly people with atrophic gastritis – Atrophic gastritis often affects people over the age of 50 and reduces the possibility of the gastric mucosa to accomplish the complex mechanism of vitamin B 12 absorption from natural foods. In this case, its intake as a supplement is recommended.

After bariatric surgery ( sleeve operation)- B12 can not be absorbed because of the operated part of the stomach and the lack of intrinsic factor (responsible for the B12-absorption). (In this case it could be prescribed only by intramuscular injection. Any other enter is compromitted. ) 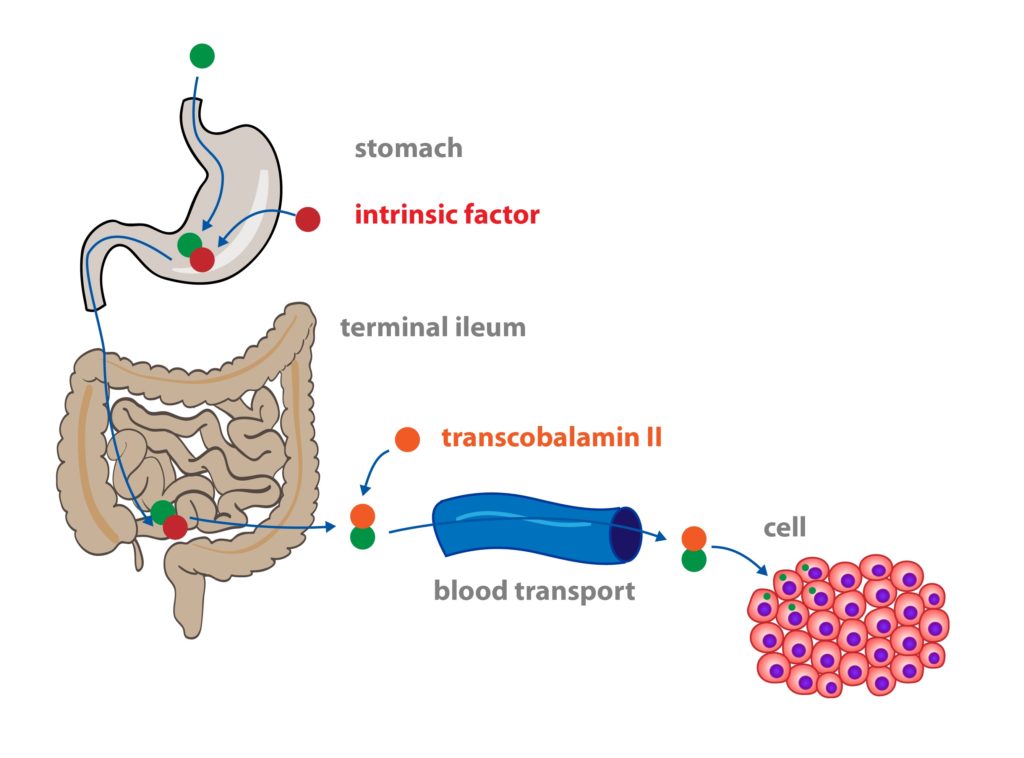 People with pernicious anemia – Autoimmune hematological disease affecting 1-2% of the people, on which basis is the presence of severe chronic atrophic gastritis, which leads to damage of the gastric mucosal lining cells. As a result, the production of the intrinsic factor is reduced, which is a glycoprotein called gastro-mucoprotein. The anemia is successfully treated with injections of vitamin B 12 or liquid supplements.

Gastrointestinal problems such as Crohn’s disease, enteritis, blind loop syndrome or celiac disease are also associated with poor absorption of the vitamin.

Vegetarians and vegans – If they do not eat foods and multivitamins enough enriched with vitamin B 12. 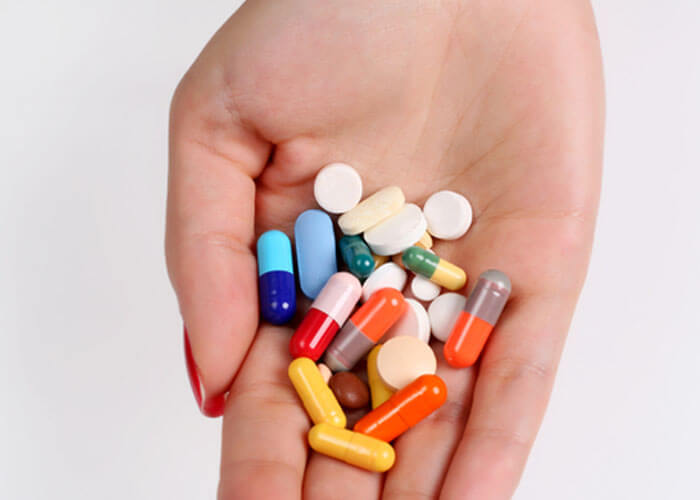 Proton pump inhibitors such as omeprazole, used for treatment of gastric ulcer, which prevent the vitamin absorption.

Metformin – a drug often used in obesity, metabolic syndrome and type 2 diabetes which may prevent the vitamin absorption.

Histamine antagonists such as Cimetidine, Famotidine and Ranitidine, used to treat gastric ulcer, which reduce the absorption of vitamin B 12 as they delay the release of hydrochloric acid in the stomach.

Bacteriostatic antibiotics such as Chloramphenicol, which inhibit the absorption of the vitamin B 12 supplements by the red blood cells.

Vitamin B 12 deficiency is reported at values below 200 pg/ml.

In patients with impaired absorption of vitamin B 12, muscle injections are preferred. The normalization of the hemoglobin levels should not be an indication for cessation of the treatment as a deficit occurs again after about 3 years. Therefore, maintenance treatment with lower doses is appropriate.

People who cannot absorb B 12 from the food often do not absorb it from the tablet forms as well. It is also good to know that about 10 mcg are absorbed from an oral supplement of 500 mcg.

An individual with B 12 deficit needs 1000 mcg B 12 every day and such a dose is obtained only with injections.

Some sucking tablets with high content (above 1000 mcg of B 12) may be effective over time, but the people with severe deficiency or neurological symptoms require initial more serious therapy with B 12 injections. Patients can then switch to high-dose vitamin B 12 sucking tablets, but under medical supervision.

Is it offal good to eat, especially lamb?

Boiled egg – a healthy breakfast for everybody