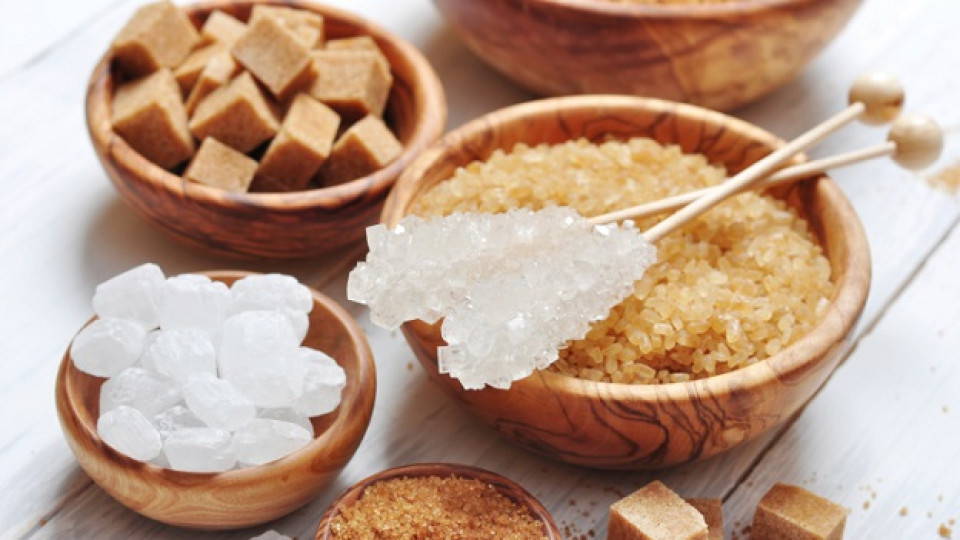 White sugar is probably the purest and simplest of all well-known nutritional substances.

It is “pure” saccharose because it is composed of two monosaccharide molecules – glucose and fructose connected by the release of one molecule of water. The white crystals, however, aren’t at all pure in a natural state because the same processes used in the production of gasoline for our cars are applied in the production of the sugar we consume. The intake of larger amounts of this sweet additive (sugar) is often unrealized – sweetened foods and drinks. This leads to increase blood glucose and intensive release of insulin which in turn increases fat synthesis and their blood level, resistant or impaired carbohydrate tolerance and the risk of development of diabetes mellitus. 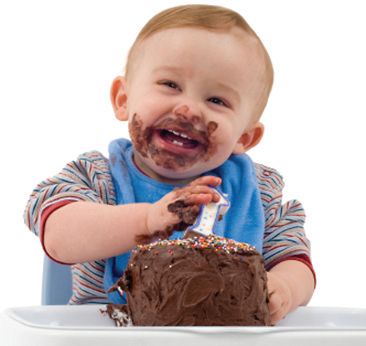 It is proven suckling take up to 25% more food when sugar is added in it and addiction and permanent preference towards sweet foods is obtained particularly in this way which is a prerequisite for systemic overfeeding and obesity. Moreover, sugar favors microorganisms’ growth in the mouth cavity which destroys enamel and leads to caries.

How to deal with the unhealthy consequences of sugar consumption?

The solution, prima facie, seems simple – to limit its intake or to replace it with harmless substitute, or the combination of both. Sugar substitutes which are a wide variety of products are two types – natural derived or synthetic ones.

Saccharin and NutraSweet (aspartame) belong to the group of synthetic sweeteners. Saccharin, also known as E 954 is the oldest synthetic sweetener found accidentally back in 1879 in the USA by the Russian emigrant Fahlberg. This substance which is around 300 times sweeter than sugar was banned several times during the long years of its use. Data are gathered it is carcinogenic and causes biliary crises. Disputes in this concern continue and that is why the products which contain it are marked with warning signs in many countries. The safe daily dose is considered to be 0,2 g.

Aspartame, found in 1965 in Chicago, is a compound of two amino acids – aspartame and phenylalanine. It is 180-200 times sweeter than sugar and has no side bitter and residual flavors, so it is used in many countries in the production of many foods and drinks.

Aspartame is applied in the form of fast dissolving tablets or as a powder for dessert sweetening. Today this substance is used to sweeten drinks, most of the instant juices and in some drugs because of its low caloric value. It is used also in the production of chewing gums, sugar free candies, diet foods and foods for diabetics. The metabolic products of aspartame are proved to be toxic and according to some investigations carcinogenic for human body.

So, my personal opinion is every man who cares for his health should avoid aspartame intake as he avoids the intake of methanol, formaldehyde, large doses of aspartate and phenylalanine. 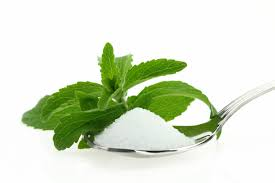 Stevia is unusual plant enjoying snowball interest in the last years. It belongs to the group of natural sweeteners and is distributed in drugstores and healthy foods stores in Bulgaria in the form of decoction – tablets and liquid; dried leafs and stevia syrup. No matter the substances in stevia are quite sweet, they have no calories. They are high temperature resistant as well – up to 198oC and resistant to different acidity. They do not ferment, which means it doesn’t causes caries and starvation for carbohydrates. They are fully appropriate for diabetics.

Another advantage of stevia is it can substitute sugar in the recipes aiming healthy nutrition. In practice this is hardly achievable because sugar gives volume, color (when it is caramelized) and consistence except for sweetness. Considering how many recipes include sugar, it won’t be easy to compensate the lack of sugar in them without worsening the end product.

The answer of the reader’s question is clear – stevia and the others in the group of natural sweeteners are harmless for human’s health and moreover their consumptions carries health benefits.

Agave nectar and carob flour which gain more and more popularity also belong to this group.

My personal advice is to minimize the use of any sweeteners and additional flavors and to try to cultivate your perception for the real natural taste of food.

Black elder - the most profitable use