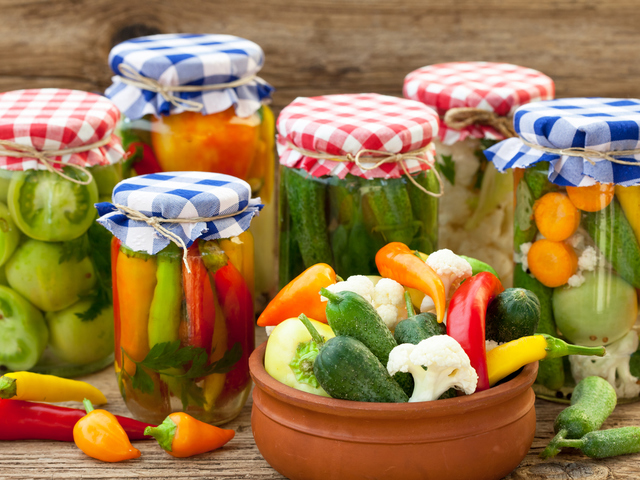 The traditional Bulgarian winter table cannot do without pickles.

Sauerkraut, pickles, green tomatoes and king’s pickles are a small part of the winter salads that are present on our table in the cold months. The food preservation by inducing fermentation is known from 4000 years.

October and November are the preferred months for the preparation of pickles at home, due to the abundance of vegetables which are actually the main components of the winter salad. In the busy everyday life, of course, it is much easier to get ready pickled vegetable from the store than to prepare it by ourselves and to take care of the content in the jar – from the vegetable origin to the spices. 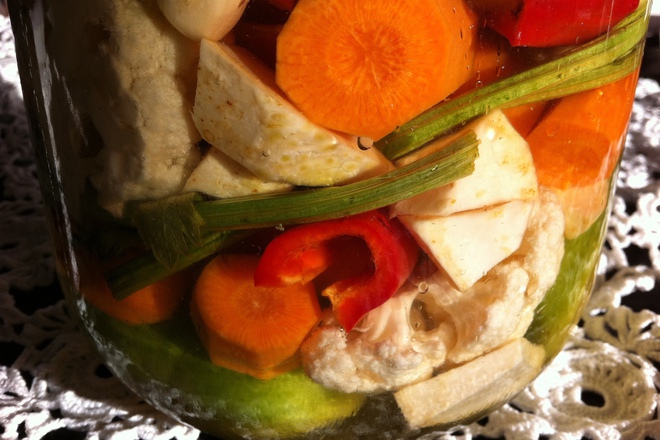 The ready spices for the pickles that are available on the market are a mixture of garlic, salt and dill, but there is also sodium benzoate in them, which is a preservative and is marked with the code E 211. It is also used in pure form as crystals, but it is important to say that its overdose may lead to severe health problems. Sometimes this makes particularly dangerous even the homemade pickles. The sodium benzoate stops the process of oxidation and spoiling of vegetables and preserves them. 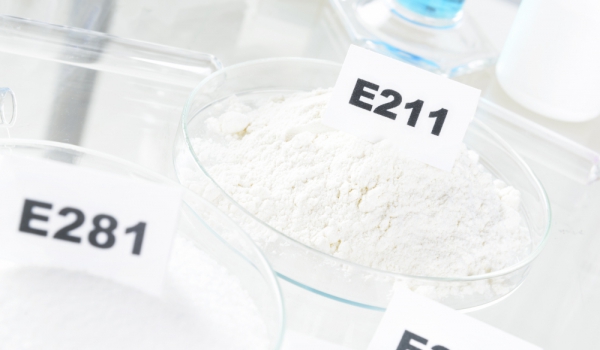 E 211 also improves the taste of the products, if they are not fresh. The additive is permitted by the health authorities, but should be used within a specified dose.

If the dose is exceeded, the winter supplies may be toxic both for adults and children.

Sodium benzoate moreover should not be used together with vitamin C, because then as a result of oxidation, especially under conditions of high temperature and strong light, it is converted to benzole which is a substance with carcinogenic properties.

All variations of the traditional Bulgarian pickles may be very healthy, as long as we have carefully taken care about the components in it.

The fermented foods are not only healthy, but they help in boosting immunity, preventing allergies and losing weight. The bacteria that cause and maintain fermentation process the food before a person consumes it, as they break down sugars and starch and produce the nutrients which are more easily absorbed from the gastrointestinal tract. Some release lactic acid, a natural preservative, which oxidizes the environment in the stomach and stimulates the growth of good bacteria.

The fermented food is considered a natural probiotic, as it stimulates the bacteria in the gastrointestinal tract which help the immune system.

The high salt content is among the drawbacks of pickles.

The sodium in the salt may cause troubles to people with high blood pressure, heart and kidney problems and obesity. So, if you fall into the risk groups limit the pickles or try to prepare such with low salt content.

Another drawback of pickles is that in making it a lot of vinegar is used which role in weight regulation remains controversial, but certainly can cause heartburns and exacerbate the problems of people with more sensitive stomach.

Finally, let’s not forget that everything depends on the dose. So, pickles is an appetizer or a “rakia’s meal” and should be consumed “in moderation” and pleasure, not to “fill up” ourselves. 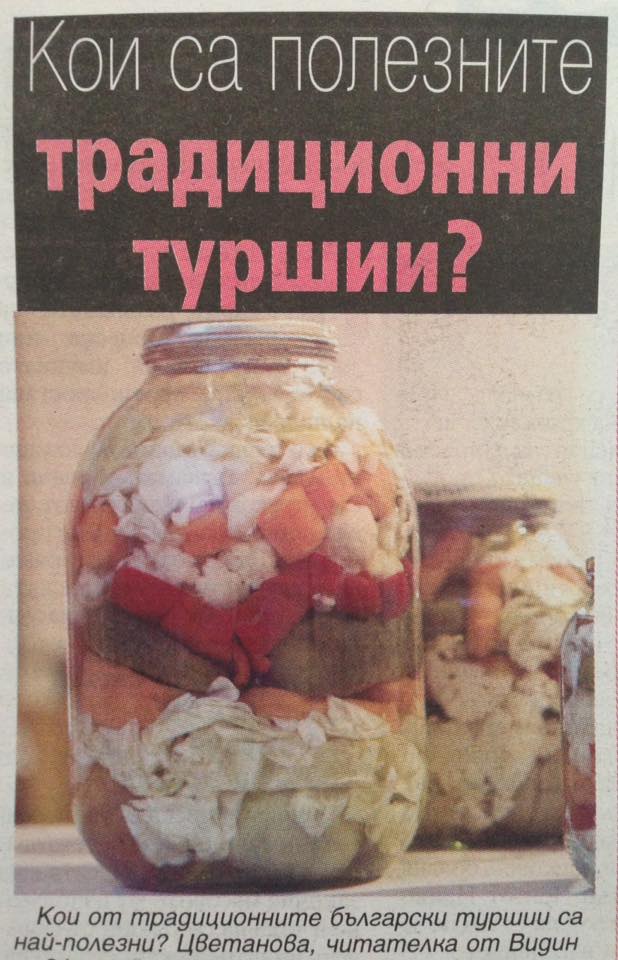 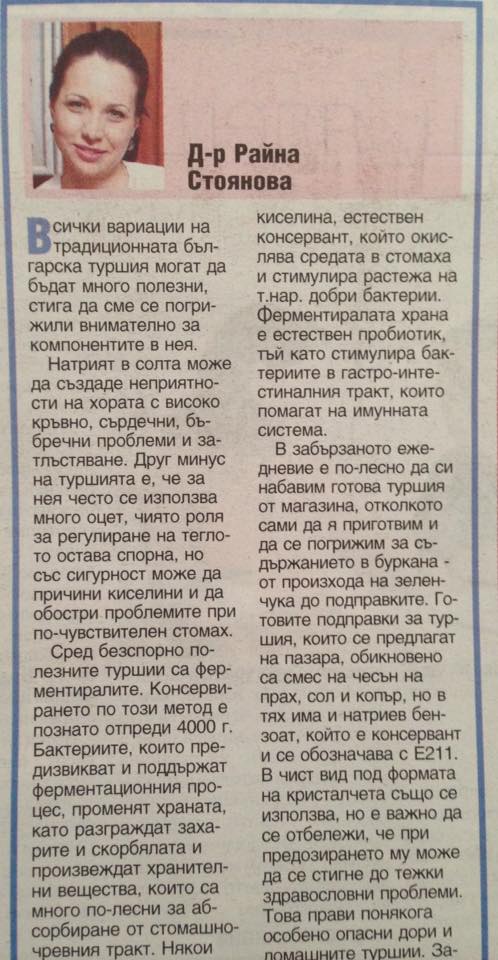 Water with lemon and peppermint or home-made lemonade ...